Collingwood had already worked with this privately owned aerospace engineering OEM client to recruit an Operations Director in 2012 and again in 2017 to find his replacement when he was promoted to the Senior Executive Team.

Having spent roughly a decade in the R&D phase, the client was now ready to drive the business from a aircraft development operation to become a commercial entity.  The preparations had included restructuring the senior management team and in doing so they created a number of new Executive and Management roles.

The company had a range of branded designs (IP & patents) which provided solutions for both defence and commercial markets.  They had previously engaged in major defence programmes but were now pursuing a civil certificated programmes with customised products for different markets.

This new role was to focus on fronting the development of business for civil customers in the passenger, humanitarian and freight sectors.

As Collingwood’s client had an abundance of military experience internally but little civil, this person would devise the business development strategy from the ground up.  This would include achieving the quarterly and annual sales plan; driving sales strategies; providing key market input into new product development; managing the bid process for accounts; and maintaining and developing business relationships and improving the quality / frequency of customer communications.

Our main contact was clear as to the background required for this role but, as the above outlines, this was uncharted water for the business and so guidance from Collingwood would be key.

The aircraft and its services that the manufacturer proposed taking to market was genuinely unique and had created a lot of interest via their prototyped version demonstrated at various shows such as Farnborough.  Nonetheless, this was a concept aircraft at the stage of going to market with this position and so there was a need to educate headhunted candidates as to the potential of being part of something special whilst mitigated any nervousness.  This had previously been, and was going to be, a challenge in finding the level of person needed due to location but also the new sector being created.

The brief provided honed in on a precise type of person.  Collingwood's contact was looking for someone with five plus years exposure selling high revenue products into the passenger, humanitarian and freight sectors.  As with previous positions successfully recruited for this OEM, candidates had to demonstrate a progressive, structured and solid technical career path within an OEM aerospace manufacturer and have exposure selling after sales support.

Due to the technical demands placed on this position it was highly likely that the successful recruit would hold a degree, or equivalent, within an engineering / aerospace subject. Typically, this would have led Collingwood into headhunting from the large, recognised names within the aerospace world.  However, there was definitely a requirement for candidates to have had exposure of introducing a new product / concept to a market.

To further compound this brief, as this was a new position and market, there would be heavy involvement for the first year with the rest of the management team in the Northern Home Counties.  This person would therefore reside within a sensible distance of the headquarters.

The Solution and Result

It was evident, due to this tight brief, that this was going to be a research heavy assignment.  The need to engage with the passive marketplace was paramount as it would be through luck that an individual actively looking were to approach us.

Having worked within the aerospace industry for nearly 20 years, Collingwood were able to draw out businesses that could potentially fulfil all the above criteria.  This ultimately, and rather surprisingly, led to 72 individuals being highlighted as target candidates.  This was further distilled to 31 who could fit the brief strongly.  All 72 were engaged with, with Collingwood working with the client through the approach phase to further shape the specification and expectations placed on the position.

Given that this was a new role, Collingwood agreed to share a broad range of CV’s enabling our contact to make an informed decision on what “good” looked like and salary expectations from the market.  This was key in successfully securing the right person, as this was an untapped market for our client and budgets were recognised as a delicate subject due to the manufacturer having yet to go to market with their offering.

Having agreed on whom to take forward, Collingwood met with five candidates to assess in full, reporting back on the four that clearly could perform the role and fitted with the culture of our client. 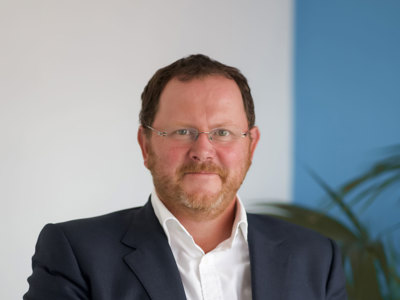